Eye Camp to Neluwa by the John Keells Foundation

It was almost 4 months after me joining to the brand marketing team of Cinnamon Hotels and Resorts. I got to know about a CSR eye camp that was to be taken place on the 19th September at Neluwa through one of my colleagues and I was keenly interested because I was already aware of CSR activities that were spearheaded by the John Keells Foundation. My main intention was to be a part of a worthy cause, but I had no idea of how planning , organizing and the entire programme role out would take place since this was my first time participation in such a programme.

Well, from the very first moment I volunteered to the point of completion of the eye camp, I was surprised every step of the way with the experience that I went through. Devanshi being the main coordinator has planned the entire programme efficiently enabling us to face no glitches throughout the process. To start with having to get to know a team from diverse backgrounds throughout the Group was refreshing to my mind, not forgetting the on and off jokes that we cracked. The memories that we gathered that day was golden. Cheers for the new friendships that were built!

The most significant portion of the day is the eye camp, where I find it difficult to gather words to express the experience that we went through as a team. Being a part of an act which gives light to someone else’s life gives you a happiness which cannot be gathered in any other way. Being a part of a CSR movement like this, assures me that John Keells is surely more than a work place. Thus the impact that we make in the society as a whole, through such campaigns not only reflects the values that we stand as a company but also gives hope to many lives. 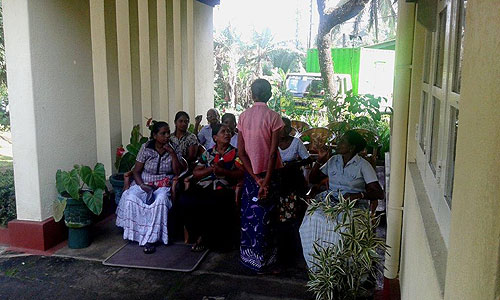 All together the Neluwa Eye camp was a huge success which was well planned and executed. I’m surely looking forward to be a part of many more campaigns that are yet to come. Two thumbs up for the John Keells Foundation!