The HIV and AIDS awareness initiative was launched in 2005, creating awareness, reducing the spread of the disease and addressing the stigma and discrimination of those affected.  Since its launch, it has sensitised over 80,000 persons within and outside the Group as at 31st June 2015.

I became involved with the programme incidentally as it seemed like a good opportunity to build my skills as a Learning and Development Professional. I qualified as a HIV Master Trainer in 2012 after attending a Training of Trainers Workshop conducted by the ILO HIV and AIDS Workplace Education programme and the Employers’ Federation of Ceylon under the aegis of the John Keells HIV and AIDS awareness campaign.  The training programme was a real eye opener as I realized how much I didn’t know about HIV and AIDS. We were given the opportunity to interact with a HIV positive person which enlightened my perception and motivated me towards spreading awareness. 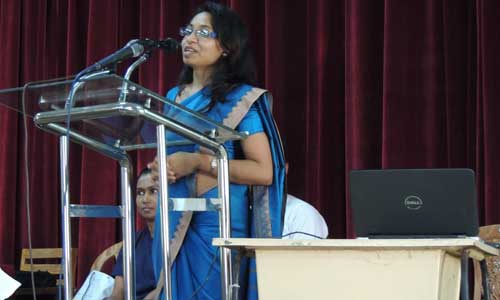 From the onset of my journey as HIV master trainer, I was eager to educate individuals on the valuable knowledge I had gained. I remember vividly my first awareness session which was conducted in collaboration with Lanka Business Coalition on HIV and AIDS (LBCH) and Jetwing Hotels. The awareness session was especially poignant as it dealt with vulnerable communities such as beach boys, drivers and tourists. This experience gave me confidence and encouraged me to do more.

Being a HIV Master Trainer has been a challenging but rewarding experience especially witnessing the impact our words have on people. Though I have conducted sessions for over 3,500 participants, it is not the number that concerns me but my impact. I chose to do this as it was a chance to give back to society and I really feel a sense of achievement whe n I witness the change in people’s perception towards HIV and AIDS. My most memorable experience was speaking to the students of University of Colombo as an alumni, it was very emotional and truly fulfilling. I believe the HIV and AIDS programme is a unique opportunity and I would urge anyone interested to apply. A part from the valuable knowledge, it also fosters useful life skills including communication skills, skills to tackle sensitive topics and how to deal with people’s emotions. 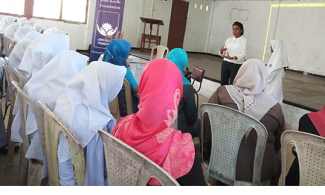